Bornstein
Be A Sponsor
Tickets
Preview 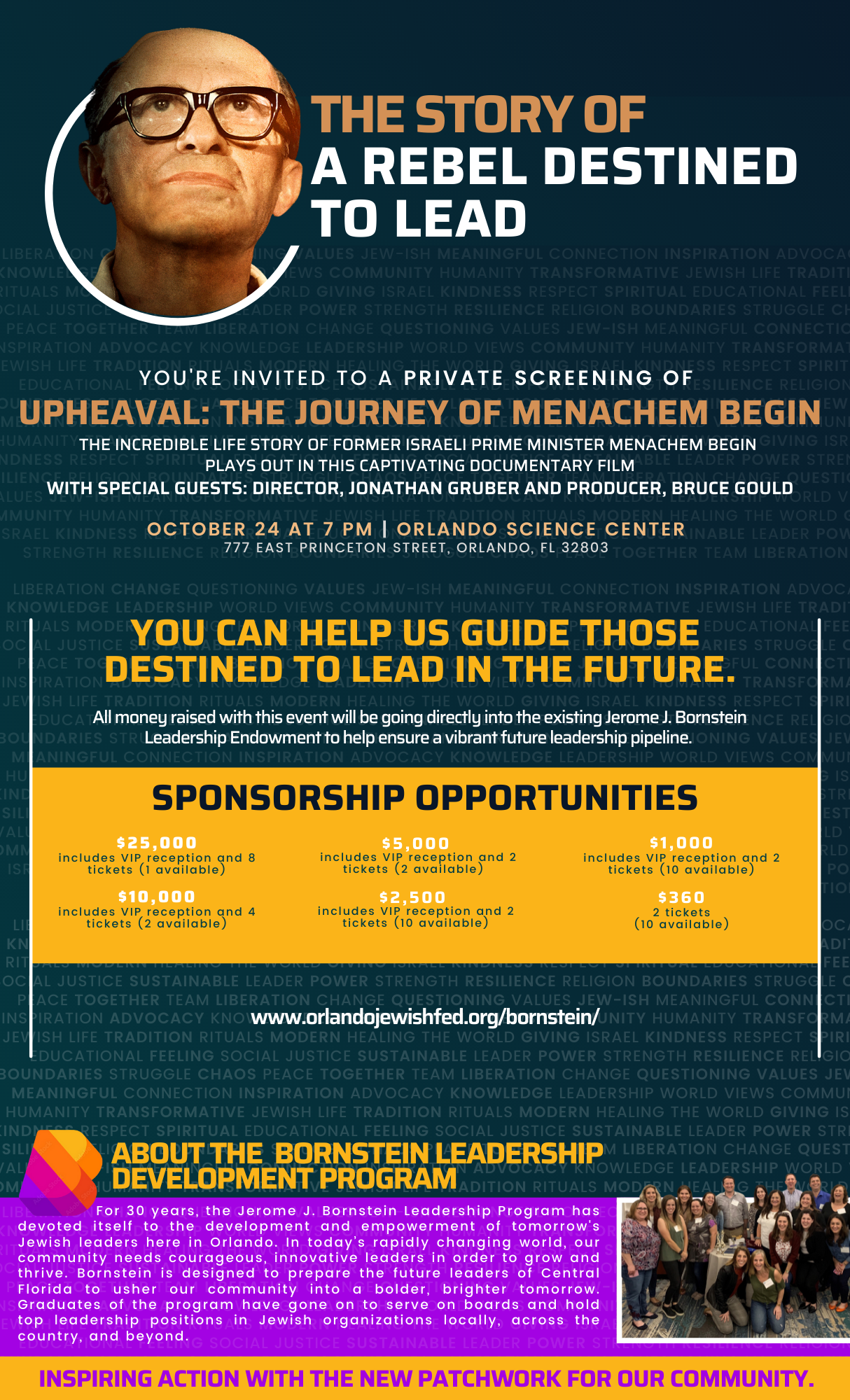 UPHEAVAL tells the story of Menachem Begin, the sixth prime minister of Israel. The film explores his complex and controversial legacy, following Begin from his imprisonment in a Soviet gulag to receiving a Nobel Peace Prize to the disastrous Lebanon War. Above all, UPHEAVAL demonstrates Begin’s firm leadership and determination to serve and defend both Israel and the Jewish people.