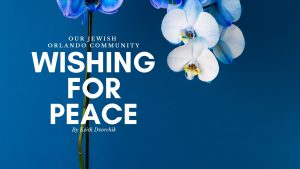 I have spent the last few days in contemplation about what is happening in Israel right now. Having been to Israel 17 times, Israel is a passion of mine. It is a country I love deeply and one where I have a strong connection. I am a proud Zionist and don’t shrink from the label or consider it a four-letter word.

I am so passionate about Israel that I invest personal time as a board member of the Center For Israel Education (CIE) based out of Atlanta. If you want to read the fact-based history of the Modern State of Israel from source documents, go to www.israeled.org. You will likely spend much more time than you expected as you learn more about the real history of Israel.

I have also had the opportunity to spend time meeting with leaders of the Palestinian Civil Society in November 2019 as a part of the Encounter Program. This was a transformative experience that helped me see many other issues while also confirming some things I already believed to be true. You can read my blog posts about my experience here. During these challenging times, I found it helpful to remember the many different Palestinian voices I heard.

It’s often said that “Israel lives in a tough neighborhood.” There is no doubt that is a true statement. It is also a neighborhood that measures time in centuries, not hours and minutes. It is a neighborhood that while there are many similarities, is very different from ours in the United States. It’s something we must remember when we think about the Middle East. We also need to be careful about generalizations. We can’t talk about ‘Israelis and Palestinians’ as one voice. We can’t talk about ‘Jews and Arabs’ as if every Jew or every Palestinian think and act the same. There is no excuse for either the violence against Jews in Jewish-Arab neighborhoods or against Arabs by Jews in these same neighborhoods. My many experiences in Israel taught me about the many voices of Israelis and my experience with Encounter taught me about the many voices of Palestinians.

Most Israelis and Palestinians do not want war, do not want to see rockets flying all over Israel, and do not want the death and destruction that is occurring. Unfortunately, Hamas and the Palestinian Authority (PA) are not among them. Both use terror tactics to their benefit. Hamas fires missiles from hospitals, mosques, and schools, using children and families as human shields. Having visited the Aida ‘refugee camp’ in Bethlehem, I have seen the power of hatred and generations of taught hatred firsthand. I have also seen and met Israelis who believe that all of Judea and Samaria belong to the Jewish people and as a result, do not respect the rights of Palestinians living there. I have heard the frustrations of good people who only want to live in peace with Israel and who are not allowed to do so by Hamas, the PA, and the Israeli government.  I have gone through a checkpoint as the Palestinians do, which unfortunately is necessary to stop terror, and saw how degrading and awful it can be to do that day after day just to get to work.

My heart breaks daily as I think of my Israeli family and friends and what they are living through now. Each story I hear hurts a little bit more. 1,400 rockets launched in 36 hours. Can you imagine what just 1 rocket launched at an American city would do to us? 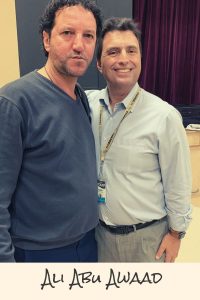 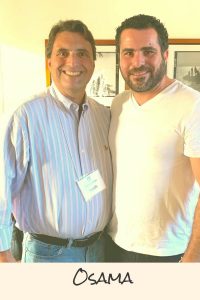 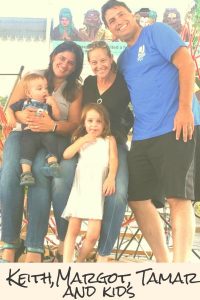 I think of my cousin Lisa, who made Aliyah in 1980, and her family. Will her children be called up from the reserves? Will they be safe in Jerusalem? I think of Margot and Tamar and their three young children who also live in Jerusalem. With Margot visiting the US, how are Tamar and the kids dealing with this? I think of Aaron and Sharon Weil, visiting Israel now to be with their three children who live there. My son Evan, friends with Nadav, their youngest, follows him on social media and shared his concerns last night. I think of my friend Jonathan who flew to Israel over the weekend and hopes to be able to hug his children who live in Israel. I think of my friend Zaq’s three children who made Aliyah and live in Israel. His youngest is preparing to be called up from the reserves. I think of David and Orly Diamond here in Orlando, worrying about their children currently serving in the IDF. I think of all my Israeli friends whom I met on birthright trips while they were in the army and joined our trip. Each friend and their personal story hurts a little bit more. 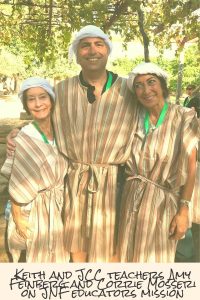 My heart also breaks for my Palestinian friends. I think of Ali Abu-Awaad and his efforts to help the Palestinian people take responsibility and control of their future. Of his efforts to ensure Palestinians understand the power of non-violence and the need to create their own infrastructure to build their own country based on peace and love. I think of Osama and the personal transformation he went through. His carrying a kippah in case he was invited to Shabbat dinner. I think of how this must retraumatize him. I think of Suzan in Bethlehem and her olive trees and women’s art store. I think of Mohammed and his beautiful family in East Jerusalem. His work takes him into Gaza for humanitarian purposes. Was he there when this started and is he stuck? Is he ok and safe? How about his wife and young son? 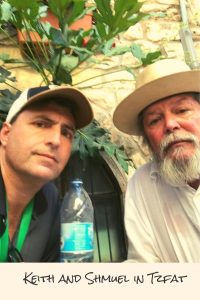 As we watch what is happening, I urge you to think beyond stereotypes and what you ‘heard’ or ‘know’. I encourage you to learn more than what the news shows you or what a biased media outlet may show. Learn about the history and learn about the realities. While Hamas is responsible for the rockets flying, there are real people who are being impacted. We can never lose our humanity in understanding that there are many who want peace, who want to live together, and who fight against what is happening now. That’s my commitment.