Festivities start at 7pm via Zoom

R.S.V.P. is Required – $36.00 per household to include dessert and wine delivered to your house!

Larger amounts will be greatly appreciated!

BENEFICIARY: The designated beneficiary of funds raised through the event is our community’s Jewish youth education, which men’s clubs believe are the key to a bright Jewish future.

PROGRAMS: Since 2017, Men’s Night Out has raised more than $32,000 to support programs including religious schools, Jewish education, Jewish camps and youth groups, and trips to Israel, which are life-defining Jewish experiences. The funds are directed to participating synagogues to use in these areas as they see fit.

Comedian Tom Cotter has taken the comedy scene by storm since finishing as runner-up and becoming the Breakout Star from Season 7’s “America’s Got Talent.” He lost to a dog act, but don’t hold that against him; Tom was the first comedian ever to be a finalist on the show and was the highest finishing human being on the show that year. 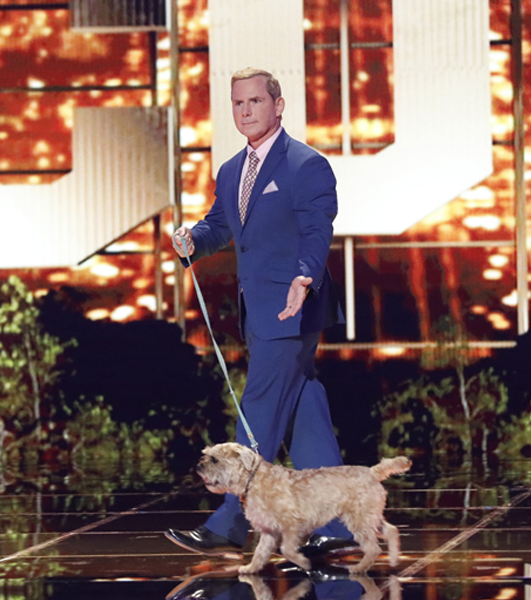 Once again, several men’s groups from local synagogues have united to host Orlando’s fourth Men’s Night Out – this year renamed Men’s Night In. All proceeds will benefit each individual synagogue’s youth activities. These activities include scholarships to summer camps, books, school supplies and trips to Israel. To help us in this effort and to show your support, we invite you to attend this event which will take place on Thursday, November 5, 2020 via Zoom.

The fun begins with an opportunity to see friends and associates via zoom at 7:00 pm at a group “cocktail party”. Dessert and wine will be delivered before the event to your house to be eaten at private virtual “tables” of approximately 15 people. Finally, at 8pm we will be featuring the main event: comedian Tom Cotter. Tom has appeared on America’s Got Talent – Season 7 as a finalist, Season 8’s Snapple Viewing Party and the 2019 AGT Champions Edition. He has also been on The Tonight Show, Last Comic Standing, his very own Comedy Central Special, The Howard Stern Show as well as multiple appearances on The Late Late Show.

We’re looking forward to greeting you virtually on November 5th!

Thanks to our Men’s Night Out sponsors! Men’s Night Out is organized by …

The men’s clubs of