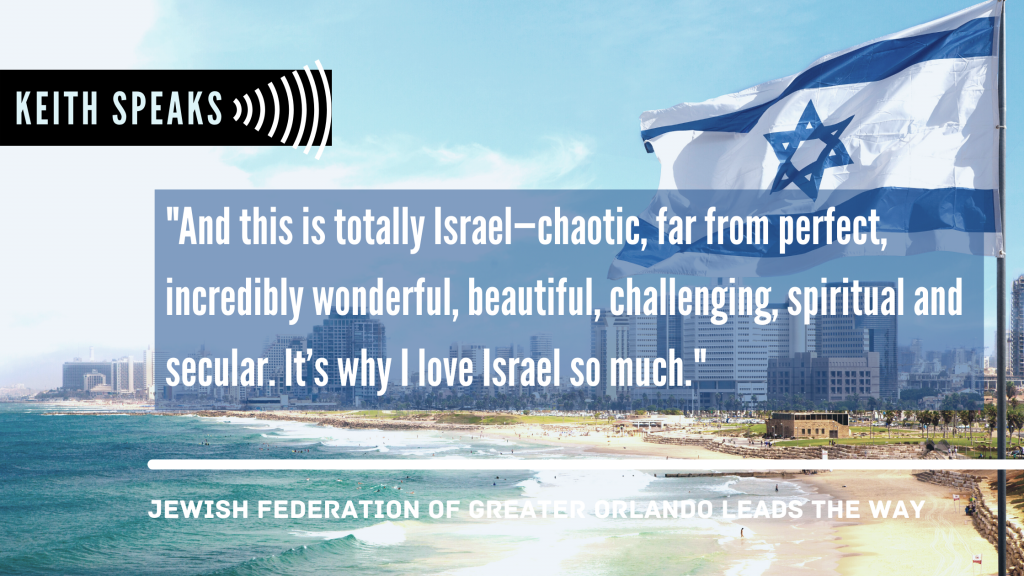 Beit Issie Shapiro is a place I have heard about for nearly 20 years.  It’s one of the preeminent advocates and programs for people with special needs in the world.  They consult with the United Nations as well as many communities and organizations.  Today I had the chance to visit for the first time.

As I expected, it was impressive.  We had an opportunity to learn from their staff about the founding of the program, the advocacy work they do, and their willingness to consult and help others who want to change the world.  We got to experience their sensory spaces which were amazing.  As we prepare to build our own sensory space, I asked for their assistance, and they quickly said yes!  They offered to help any way they can so that we have the right design and set-up of our space.  I had the chance to climb into their ball pit and didn’t want to get out—it was such a great space, so peaceful and relaxing with the lighting, sounds, and intentionality that created it.  I can’t wait until we can offer that to people, as well. 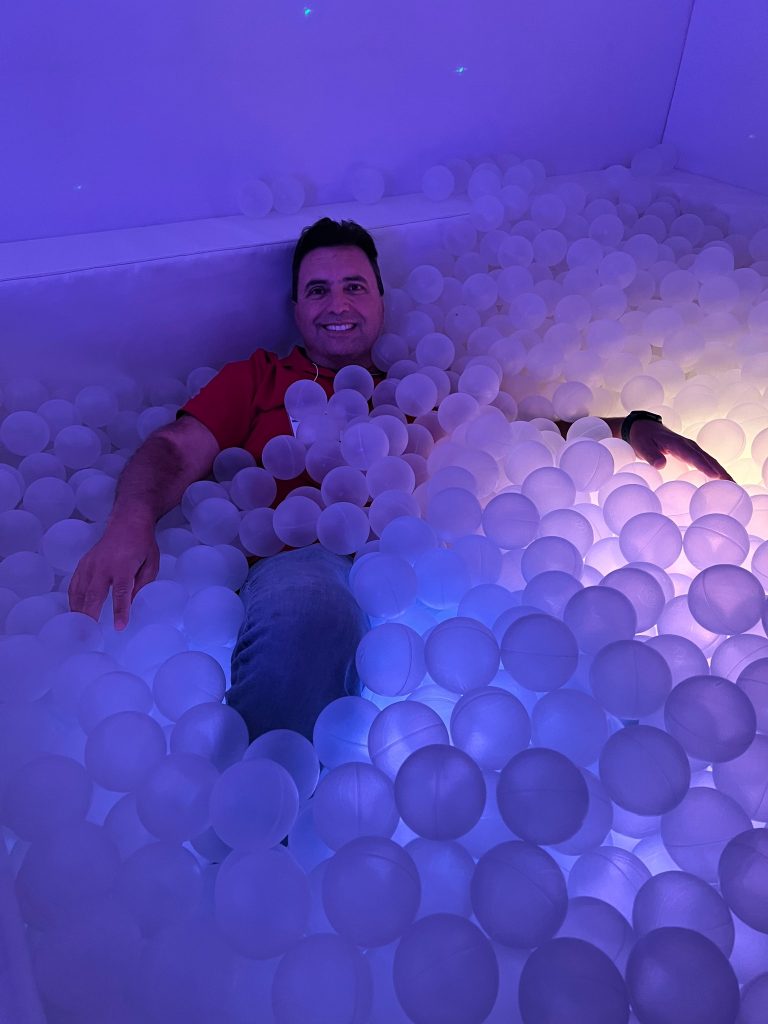 Before leaving, we visited Friendship Park, a special playground for everybody including people with disabilities.  Part of what they created is not just physical access but social access, so that people with disabilities aren’t ignored by those who do not have disabilities and further isolate them.  It was inspiring to see Israel once again leading the world in social change and making the lives of people better.  This is the part of Israel that usually is ignored in the media and not shared enough.

We left Raanana and headed to a Kibbutz to learn about their early childhood center and to explore their ‘Junk Playground’.  Looking out at the age-appropriate playgrounds they created with their ‘junk’ reminded me of how I played as a child.  We would find things and play with them.  Old appliances, broken toys, whatever it was, we used our imagination and created things.  These children have the opportunity to use their imagination and that inspired me.  It’s so important to encourage imagination, and I’m proud that’s what we do in our Richard S. Adler Early Childhood Center.  We ate a picnic lunch at the kibbutz and enjoyed the beautiful day and the beautiful location.

Our final ‘official’ stop for the day was the Peres Center for Peace and Innovation.  I have known about the Peres Center for years, but never actually visited.  My friend Rafael Kravec (z”l) was a childhood friend of Shimon Peres and a major supporter of the center, so I really have no excuse for not visiting before.  The Peres Center is an amazing place.  His Nobel Peace Prize is displayed there and the bottom floor highlights current innovations that Israeli companies are working on developing.  Not all will work, however it showed exactly why Israel is the ‘Start up Nation.’  The ideas behind these projects were amazing and some of them will change the world.  One in particular allows you to put stickers on things in your refrigerator and then you get notified if they are going bad or running out.  Imagine never wondering if your milk is bad or if you need milk!

We headed back to the hotel in North Tel Aviv from Jaffa in 5 p.m. traffic.  This means it took 45 minutes to get there—it felt just like being on I-4, except I was a passenger on a bus and didn’t have to drive in it.  Our bus driver Mohammad was amazing, and I need to mention him because he truly has been a miracle worker driving our bus.  The things I’ve seen him do with a huge charter bus are amazing.

Last year, we were lucky to have two amazing Shinshinim (young Israelis doing a gap year before their military service to bring Israel to our community).  Maya and Ariel are amazing and unfortunately, we needed to take this year off for many reasons.  Our new Shinshinim, Gil and Avia, are two amazing young women and we had a chance to meet them in person tonight!  Gil lives in the Negev and Avia lives in the Galilee.  They are going to bring so much to our community, and I’m really excited for them to arrive in August.  We are still looking for home hospitality for them and those that hosted Maya and Ariel will tell you it was an incredible experience.

Tonight began Yom HaZikaron, Israel’s memorial day.  Unlike Memorial Day in the US, which is a 3-day weekend filled with barbecues and sales, here in Israel it is a somber remembrance of those lost in war or as victims of terrorism.  We prepared for its beginning as a group with some powerful written words that were deeply moving.  At 8 p.m., a siren goes off across the entire country for a minute, with people stopping what they are doing to remember.  Tomorrow at 11 a.m., another siren will go off for 2 minutes, reminding us again of the cost of freedom. 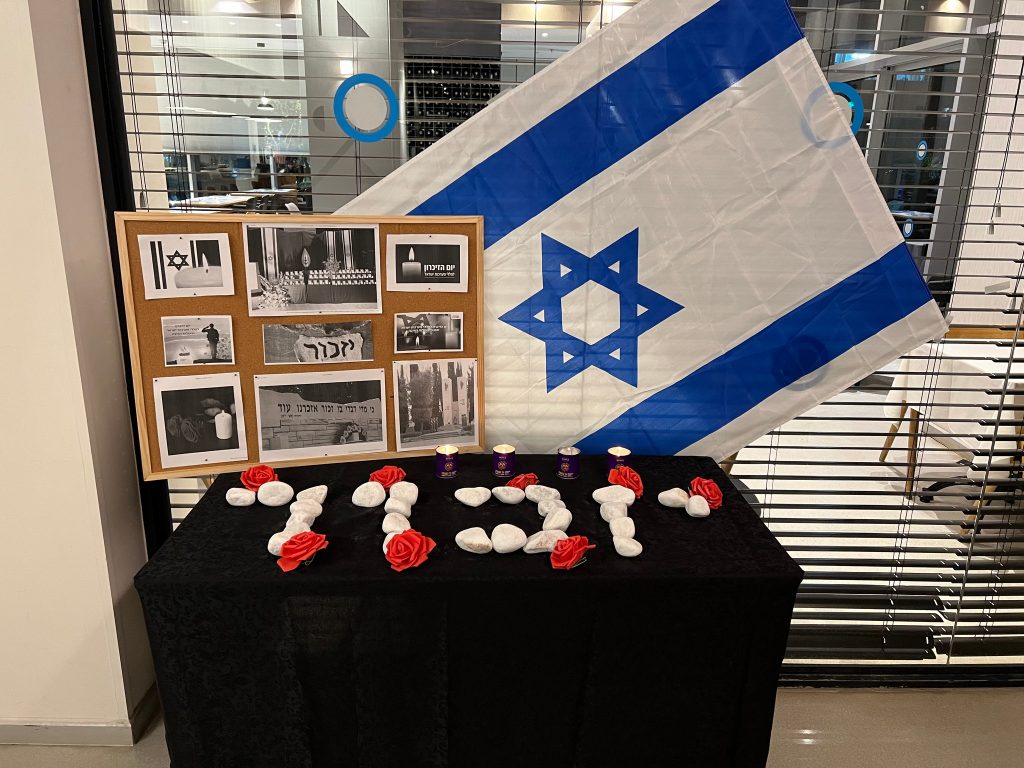 A memorial for Yom Hazikaron.

We went to the beach tonight to listen to the siren while looking out over the Mediterranean Sea.  As the siren began to sound it was incredibly powerful.  I was overtaken with emotion, thinking of all those who sacrificed so I could stand on the beach in Tel Aviv tonight.  So that I could explore the Old City of Jerusalem, pray at the Kotel, wander the streets of Jerusalem.  So that I could enjoy the beauty of the Golan, the Negev, and the Judean desert.  So that I could climb Masada and float in the Dead Sea.  I realized just how big a debt of gratitude I owe to these people and their families.  As I listened to the siren and stared out into the beautiful night looking out over the water, it was incredibly moving.

In many ways, I think Israel is best represented by Yom HaZikaron and Yom Ha’atzmaut (Israeli Independence Day, which begins tomorrow night).  Tonight and tomorrow are deeply emotional, filled with sorrow and gratitude.  It is a time for reflection and the country mourns.  And then tomorrow night at sunset, the mood changes instantly.  It is celebration and parties.  It is the 4th of July, Israel-style.  It might be the most fun day of the year.  These 48 hours covers every emotion a human being can feel.  And this is totally Israel—chaotic, far from perfect, incredibly wonderful, beautiful, challenging, spiritual and secular.  It’s why I love Israel so much.