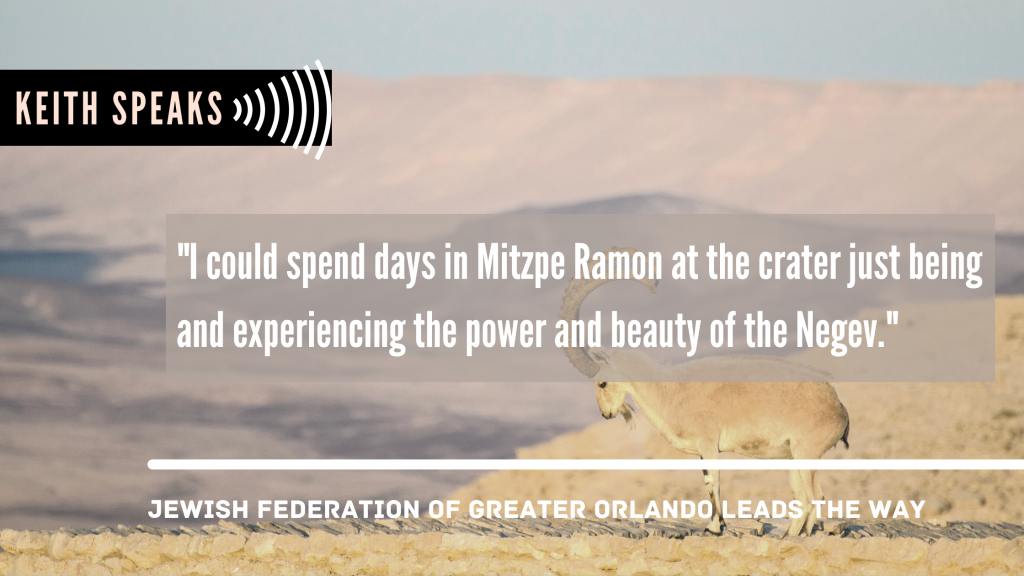 Today was all about the Negev Desert.  We began in Mitzpe Ramon at the crater.  It was incredible to see Israel’s Grand Canyon in person set against the beauty of the Negev Desert.  It was miles long and miles wide and truly massive.  It was incredible to sit looking out at the crater and the Negev in silence and just feel the power of the desert.  It is said the desert talks to you if you are quiet, and I definitely felt that today.   This was a spirituality that exists that words don’t codify.

We left the crater and headed to Sde Boker, the kibbutz in the Negev where David Ben Gurion, Israel’s first prime minister, is buried.  He believed the future of Israel was in the Negev, and in his late 60s retired as Prime Minister to join the kibbutz and live in the desert.  We visited both his grave and the grave of his wife Paula, who are prominently buried in a beautiful site.  We then walked around Sde Boker and headed to the part of the kibbutz dedicated to his memory which also includes the house that he and Paula lived in.

We learned a lot about the history of the kibbutz and about Ben Gurion—who he was, how he led, and what a truly amazing visionary and man that he was.  We had a chance to do some leadership and teamwork exercises together that were very interesting and I learned a lot about myself and others to bring back.  I’m excited to continue processing what teamwork really means and how competition can either enhance or destroy teamwork.

We had a chance to explore Ben Gurion’s home in Sde Boker.  It is preserved incredibly and the home was very modest, although a little bigger than I expected based on how it’s called a ‘hut’ and how the level of modesty was played up.  He and Paula had separate bedrooms and it was interesting to see the difference between them.  They had a small kitchen, which most homes on the kibbutz did not have, as there was a communal dining room.  We were told that Paula insisted upon it because she didn’t trust the food in the communal dining room!  The biggest two rooms were the living room and Ben Gurion’s office. 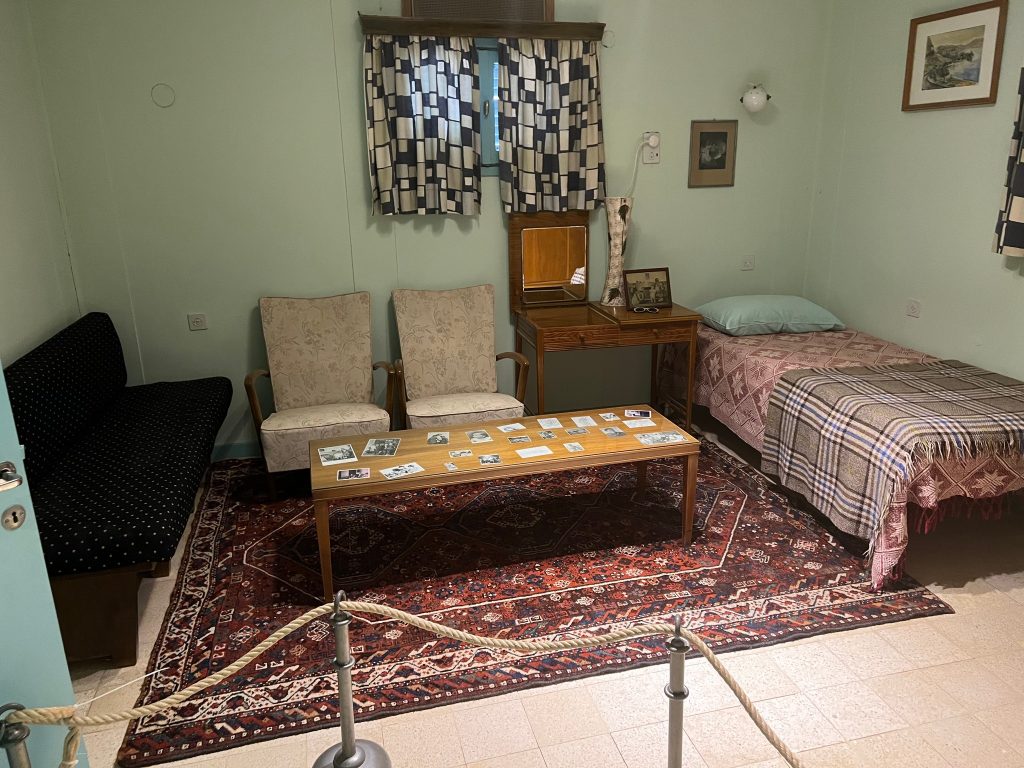 The overall visit made me want to read more about the life of David Ben Gurion.  I knew a lot, however he was much more complex and deep than I knew and I think there is a lot I can learn by learning more about him, the decisions he made, the challenges he faced, and how he lived his life.  I also didn’t realize just how short he was—I thought he was around 5’6, however he was really only about 5’1.

Our next stop was at the Ramat Negev Desert Agroresearch and Business Center.  Scientists from all over the world come there to study how to best develop solar energy and to harness the desert.  They have a huge solar tower and are generating huge amounts of energy.  They are finding new ways to grow fruit and vegetables in the desert, and we had a chance to taste some amazing strawberries they grow there.  They are finding ways to maximize crop development so the desert can provide both significant food and revenue.

Our final stop was back at the crater.  We saw it that morning with the sun rising and we had a chance to see it in the evening, as well.  The view was different at each time of day and it was quite meaningful both times. 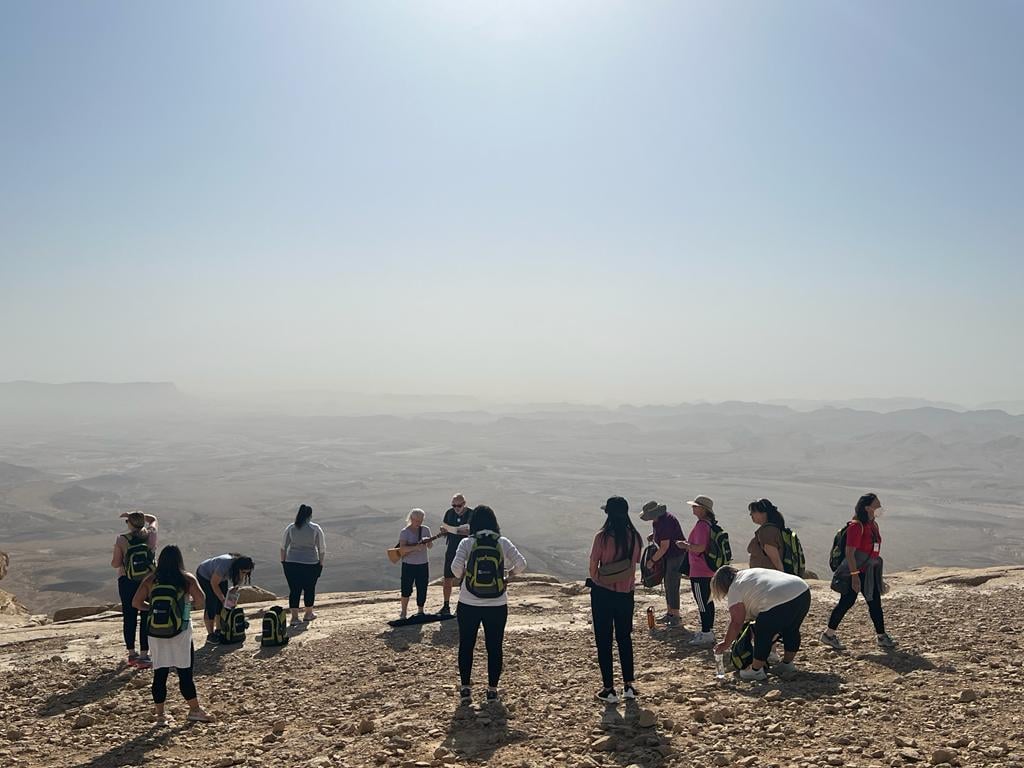 The Negev is truly beautiful and impressive.  Making the desert bloom is a reality, and seeing what they are doing with energy and agriculture is astounding.  I have spent time in the Negev on previous trips, including sleeping out in the desert for two nights on my first trip—which was quite an experience—however today was the first time I felt the desert truly spoke to me.  I could spend days in Mitzpe Ramon at the crater just being and experiencing the power and beauty of the Negev.  It was meditative and peaceful.