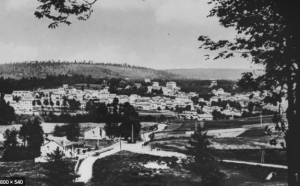 During World War II, the largely Protestant population of the Plateau Vivarais-Lignon risked their lives and those of their families to protect Jews. The locals—descendants of Huguenots who were persecuted themselves in the centuries prior—hid approximately 3,500 Jewish refugees, mainly children in barns, spare rooms, attics, cellars, abandoned houses, hotels, guest houses, camp sites. On […]