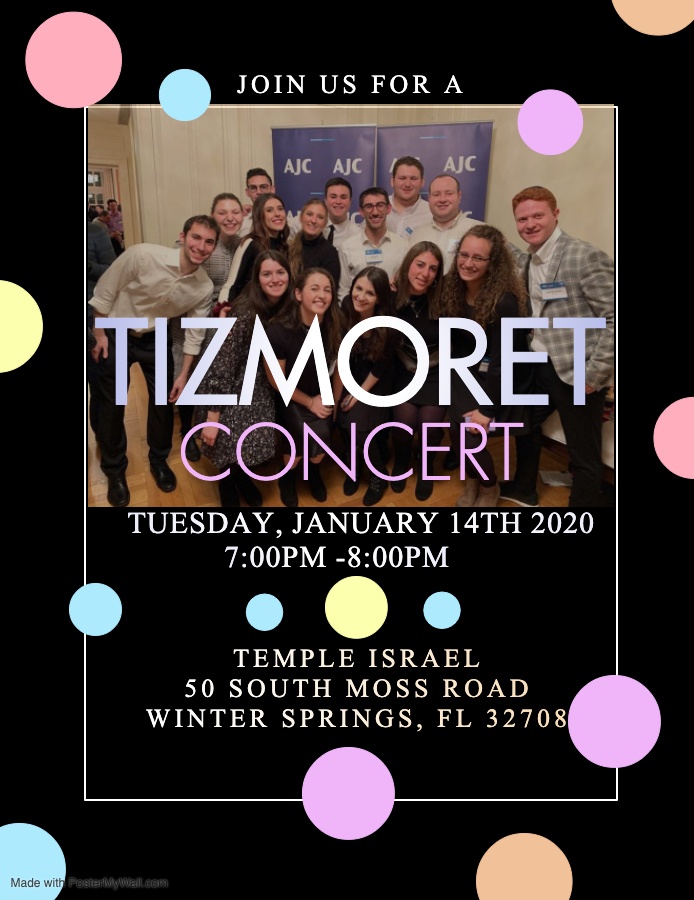 Temple Israel is proud to host Queens College Hillel’s a capella group Tizmoret on Tuesday, January 14 from 7 to 8 p.m. The concert will take place in the Roth Social Hall, followed by a dessert reception, where attendees can also meet the performers. Tizmoret draws singers from colleges throughout the New York City area. The professional group performs classic Jewish melodies, American pop music, and contemporary Israeli tunes, which can be heard on their eight CDs and two EPs. Tizmoret has performed for college campuses, b’nei mitzvah, synagogues, and music festivals across the Eastern United States.

General admission to the January 14th concert is $10 and reserved front section seating is $18. A $100 sponsorship includes four reserved seats, and sponsors will be recognized for their generous contributions.

To learn more about Tizmoret and preview their music, visit tizmoret.com.