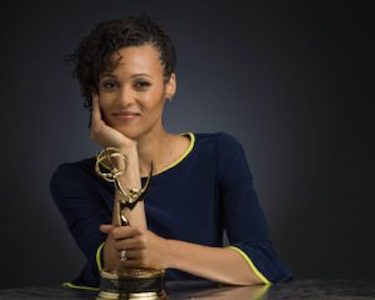 In this presentation, we will tackle an old discussion with a new 2020 twist about code-switching – the skill in which one adapts language, demeanor and dialect to survive and thrive inside a dominant culture established by European roots. We will discuss why many Black Americans code-switch, the emotional tax behind it and will examine what a society without code-switching looks like inside of educational and corporate institutions. This will be an interactive discussion so please bring an open mind and your stories.

Shannon Green is an Emmy-award winning journalist and communications expert with more than 15 years of experience in media and public affairs. Before joining the hospital communications team at AdventHealth, Green spent over a decade writing impactful columns about criminal justice reform, race and social justice and mental health issues in Central Florida. Green once served as one of four African American female sports columnists in the country from 2007-2014. She also happens to be the great niece of Olympic track icon Jesse Owens. Her work has been recognized by the National Association of Black Journalists, Best of American Sports Writing, Sunshine State Awards and Suncoast Emmy Awards.

Revel Lubin, 24, is an experienced advocate for public policy that addresses economically challenged communities and students. As a high school student, Lubin made headlines in 2014 when he founded a Thanksgiving food drive for Oak Ridge High School’s most at-risk families that still occurs yearly at Oak Ridge High School in Orlando. Later, as a first-generation undergraduate student at the University of Florida, Lubin founded a laundry grant program for low-income students that continues to serve UF’s student population today. Additionally, Revel was the inaugural graduate of the Elevation Scholars Program in Orlando, and continues to volunteer with the organization, serving as a role model and advisor for the next generation of Orlando’s future leaders. In 2019, Revel was inducted into the University of Florida Hall of Fame and named a finalist for the Orlando Sentinel’s Central Floridian of the Year Award.
Lubin is currently pursuing his master’s degree in Christian ethics at Yale Divinity School. After graduation, Revel plans to continue using his passion and skills to address economic, racial, and religious injustice in his own community and beyond.