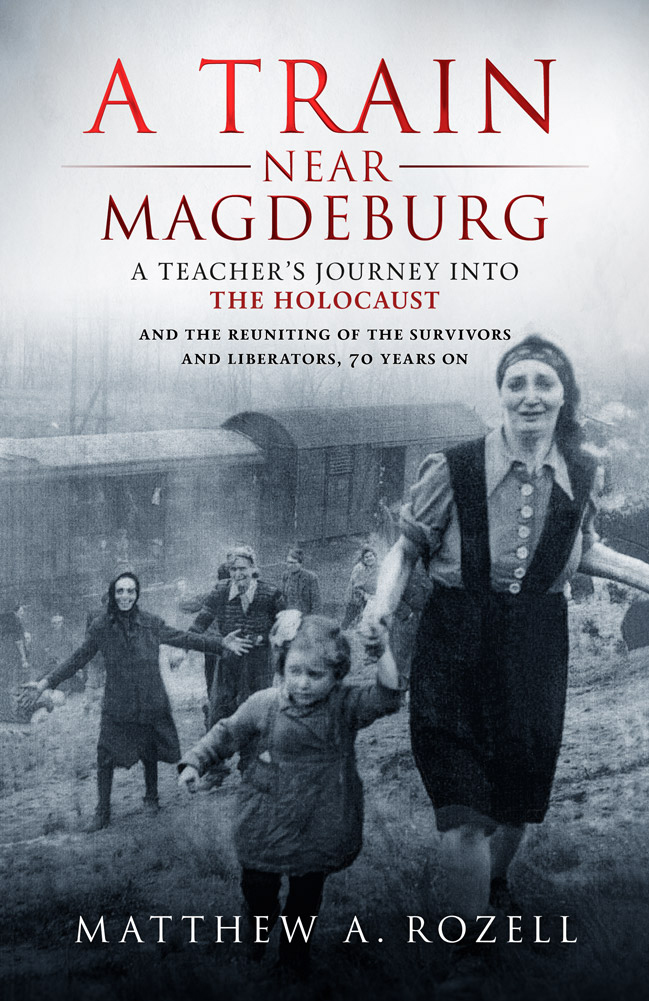 Join us for International Holocaust Remembrance Day to hear renowned author and educator, Matthew Rozell, share the story behind A Train Near Magdeburg.

On April 13, 1945, two tank commanders of the 743rd Tank Battalion and their major overran a train transport near Magdeburg, Germany, filled with 2,500 Jewish concentration camp victims from Bergen-Belsen. This set into motion a chain of events that would culminate in survivors and liberators being reunited sic decades later by a dedicated educator and reflecting on what happened.

Matthew Rozell’s presentation will touch on his efforts to reunite his Holocaust survivor friends with their actual American soldier liberators, but more importantly will focus on the moral lessons imparted by the soldiers’ actions in those closing days of World War II, and the disturbing underlying question of the Holocaust – just how did humanity allow six million Jews to be murdered?