In My Own Words with Holocaust Survivor Edith Eger 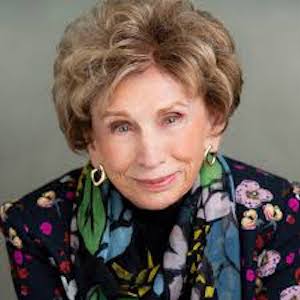 Join us for a live virtual conversation with Dr. Edith Eger Moderated by Talli Dippold.

A native of Hungary, Edith Eva Eger was just a teenager in 1944 when she experienced one of the worst evils the human race has ever known. As a Jew living in Nazi-occupied Eastern Europe, she and her family were sent to Auschwitz, the heinous death camp. Her parents were sent to the gas chambers but Edith’s bravery kept her and her sister alive. Toward the end of the war, Edith and other prisoners had been moved to Austria. On May 4, 1945, a young American soldier noticed her hand moving slightly amongst a number of dead bodies. He quickly summoned medical help and brought her back from the brink of death.

After the war, Edith moved to Czechoslovakia where she met the man she would marry. In 1949 they moved to the United States. In 1969 she received her degree in Psychology from the University of Texas, El Paso. She then pursued her doctoral internship at the William Beaumont Army Medical Center at Fort Bliss, Texas.

Dr. Eger is a prolific author and a member of several professional associations. She has a clinical practice in La Jolla, California, and holds a faculty appointment at the University of California, San Diego. She has appeared on numerous television programs including CNN and the Oprah Winfrey Show; and was the primary subject of a holocaust documentary that appeared on Dutch National Television. She is frequently invited to speaking engagements throughout the United States and abroad.