Documentary Film: Harbor from the Holocaust 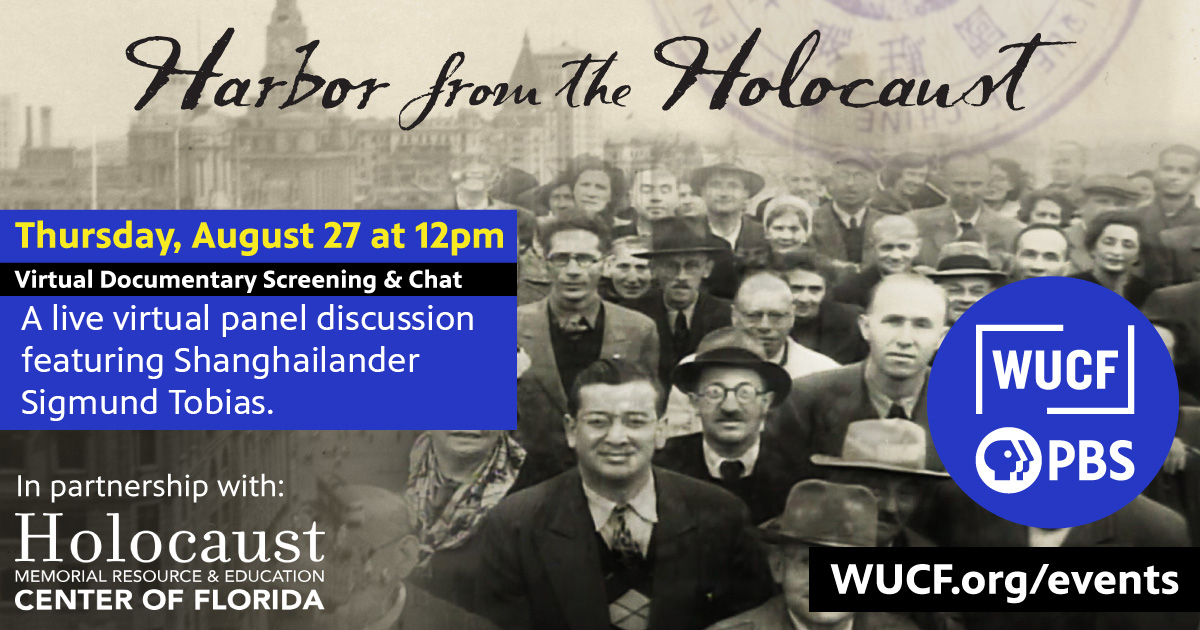 Join us for a virtual preview of the new PBS documentary, Harbor from the Holocaust, on Thursday, August 27 at 12 p.m. The documentary, which airs on September 8 at 10 p.m. on WUCF, chronicles the story of nearly 20,000 Jewish refugees who fled Nazi-occupied Europe during World War II, to the Chinese port city of Shanghai. Exploring the extraordinary relationship of these Jews and their adopted city of Shanghai, and in tragic contrast to those who could not escape, this is a Holocaust story of life. The screening will be followed by a live virtual conversation with:

This event is hosted in partnership with WUCF.

Our virtual screenings take place via OVEE, a web-based service that allows participants to watch streaming media together and chat live in a virtual theater. All you need to participate is a computer, tablet or other device with a good internet connection. Before the event, we recommend you run a test to ensure OVEE works properly on your device.