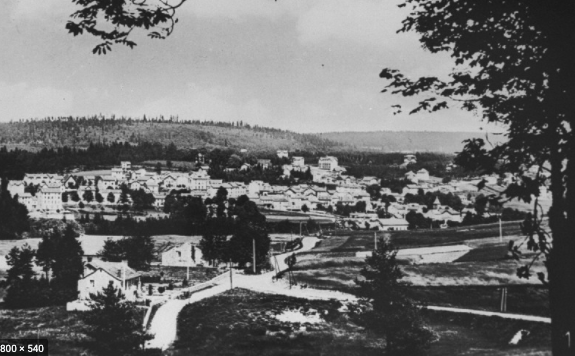 During World War II, the largely Protestant population of the Plateau Vivarais-Lignon risked their lives and those of their families to protect Jews. The locals—descendants of Huguenots who were persecuted themselves in the centuries prior—hid approximately 3,500 Jewish refugees, mainly children in barns, spare rooms, attics, cellars, abandoned houses, hotels, guest houses, camp sites. On the day after France surrendered to Germany in June 1940, the town’s pastor, André Trocmé, of the Reformed Church of France, addressed his congregation saying, “The duty of Christians is to resist the violence directed at our consciences with the weapons of the spirit. … We will resist when our enemies demand that we act in ways that go against the teachings of the Gospel. We will resist without fear, without pride and without hatred.” Together with Protestant pastors on the Plateau as well as with rescue networks with pastors and Catholic priests, the people of the area saved 3,500 Jews from certain death. It is the biggest known sheltering operation of the Holocaust. Nobody betrayed the hidden Jews, nobody denounced them, nobody turned them in: the community remained rock solid, stubborn, decent and modest, sheltering total strangers at great risk and for little or no reward. To this day, many of the villagers are unwilling to talk about it, or to make any special claim for themselves. In 1990, the village of Le Chambon-sur-Lignon and the dozen or so neighbouring communities were named Righteous Among The Nations by the Yad Vashem Institute in Israel. Only one other village in Europe, Nieuwlande, the Netherlands, has this distinction, from Yad Vashem.

Join us to hear the fascinating interview with Paul Kutner and Peter Grose.

Peter Grose started his working life as a journalist on the Sydney Daily Mirror, moved to London as a foreign correspondent for The Australian, switched to literary agency with Curtis Brown, first in Sydney then back in London, switched to book publishing with Martin Secker & Warburg in London, stayed as a publisher, first on his own and then with Australian Consolidated Press (UK), then started writing books. His first book A Very Rude Awakening told the story of the Japanese midget submarine raid on Sydney Harbour in May 1942. His second book An Awkward Truth dealt with the Japanese bombing raid on Darwin in February 1942 (by the same force that hit Pearl Harbor 10 weeks earlier). His latest book A Good Place To Hide (published in hardcover in the UK and Europe as The Greatest Escape, now in paperback there under its original title) tells the story of the village of Le Chambon-sur-Lignon and the surrounding communities in the Auvergne region of France, where some 3500 Jews were rescued from the Nazis during World War 2.

Paul Kutner is a French teacher and Holocaust researcher. In 2012, he was a grant recipient from the French Embassy in the United States to incorporate history into his language classes. He has researched the rescues in Le Chambon-sur-Lignon and Dieulefit as well as the Vél d’Hiv roundup. He was the researcher and writer of the 2017 exhibit Conspiracy of Goodness at the Harriet and Kenneth Kupferberg Holocaust Center on the campus of CUNY-Queensborough Community College in New York City. He lives in Rockville, Maryland.