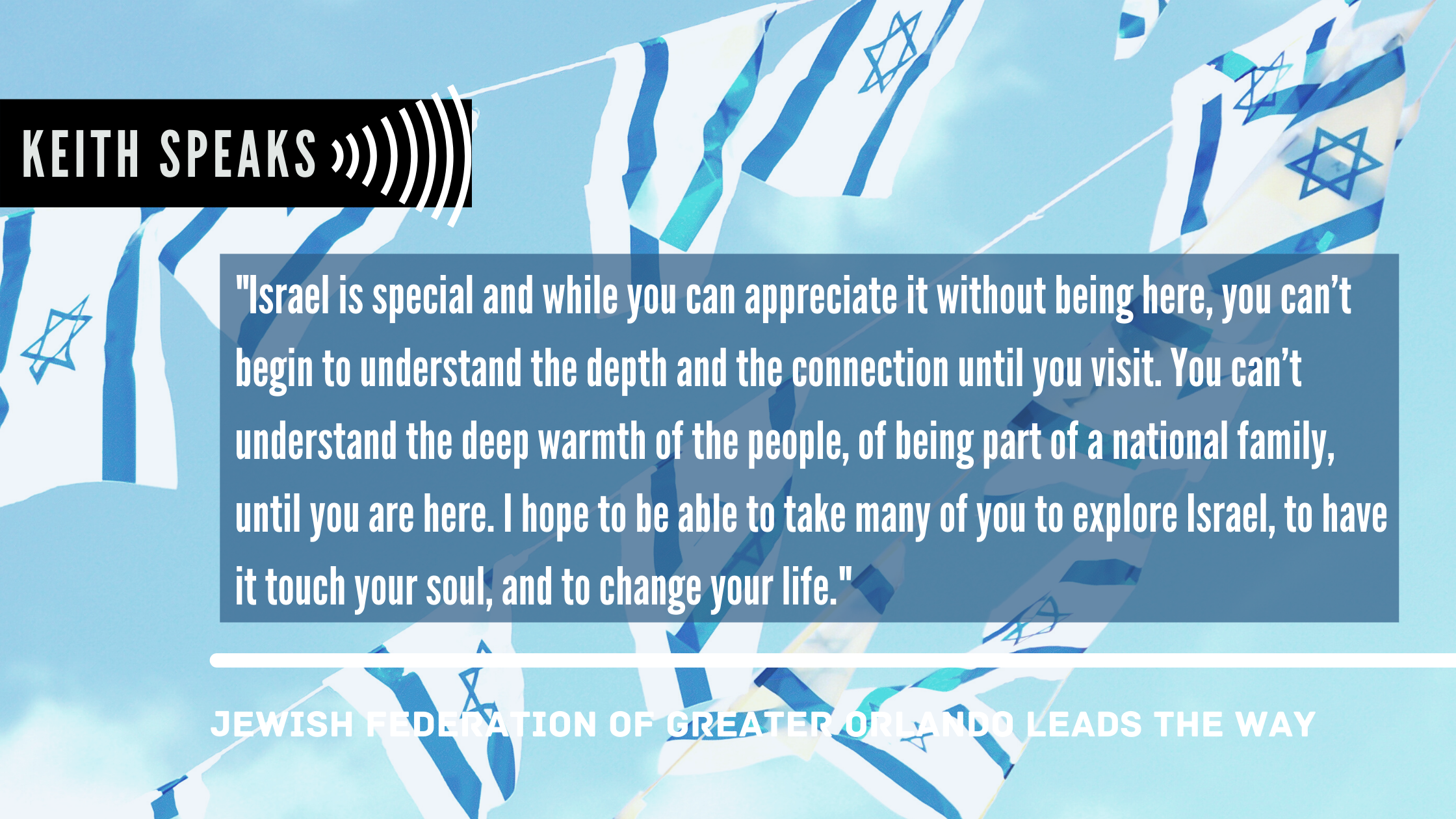 Shabbat morning meant my visit to the Great Synagogue.  I’ve been inside before, but never for Shabbat.  We donned our masks, showed our green passes (proof of vaccination), put on our tallitot, and entered the beautiful shul.   The Torah service had already begun at 9 a.m.!  The young man reading Torah (he had to be between 13-15) was truly amazing.  His strong, clear voice rang out, and we were all captivated at his talent and the beauty of the Torah reading.  I was moved by his skill.  While I don’t speak Hebrew and didn’t know what he was reading, I was captivated by every word.  It was truly beautiful.  Of course, the entire service was in Hebrew and the tunes were different, so I struggled to follow along.  And then, at 10:30 a.m., we were finished!  I was shocked that the service was that fast.  As our group exited the Great Synagogue, we talked about how amazing the boy was, how he truly captivated us, and how astounded we were that the service ended so quickly.

After a brief rest, I went to listen to Adrienne Gold speak to us.  We are the first group of the Men’s Momentum Trip that she has spoken with, and she had previously spoken to us at the Women’s Mikvah in Tzfat.  Once again, she had an interesting perspective to offer, and there were things that resonated and things that didn’t.  I will be thinking about her two talks for some time, processing and discerning what fits best for me. 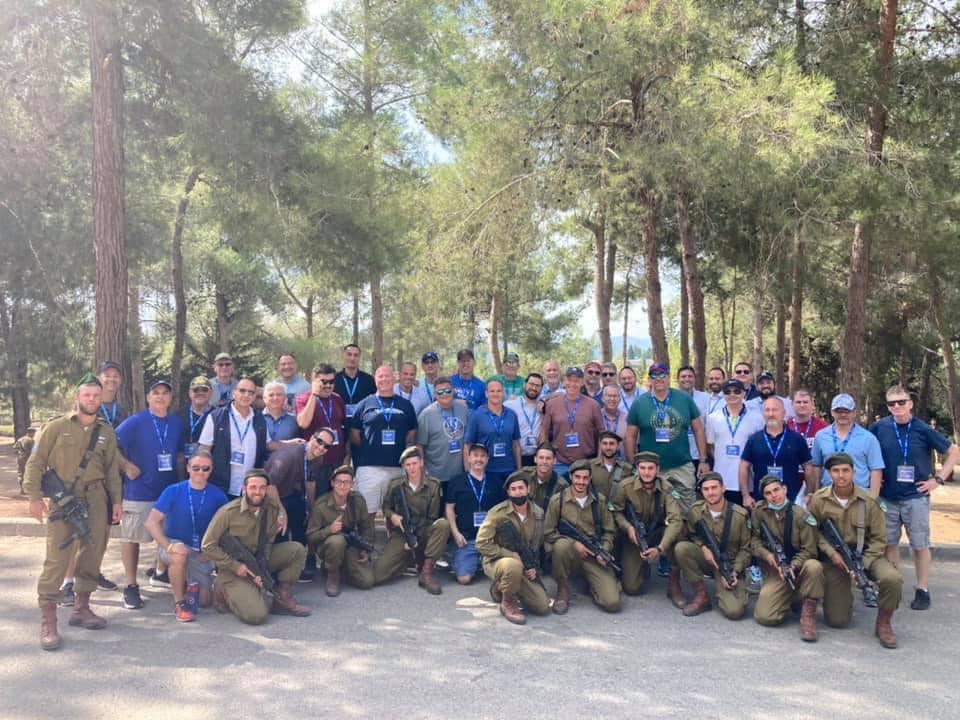 Shabbat afternoon meant choosing between rest or a tour of the Old City.

Having toured the Old City many times—and knowing that nothing will be open on Shabbat—I took advantage of the opportunity to rest and relax, contemplating the trip and what I’ve learned about myself during our time in Israel.  I’ve had many fascinating discussions with the other men on the trip.  My mind is spinning with some of the topics, both personally and professionally, and I don’t expect to have many answers in the coming days.  There is definitely a lot of processing yet to be done, however one thing that I know already is that personal growth will come from the trip.

We returned to the Old City for Havdalah, the ceremony that bridges Shabbat and the rest of the week.  Pamela and Aba Cleman opened their home to us.  It’s an absolutely magnificent home in the Old City, overlooking the Kotel at the edge of the Muslim quarter.  Their rooftop has an exquisite view and we enjoyed it as we ate and learned about the work they do with Thank Israel Soldiers, a nonprofit they created to support and provide for the needs of Israel’s soldiers throughout their service and their transition out of the IDF.  We heard from soldiers about their experiences, and it was very moving. 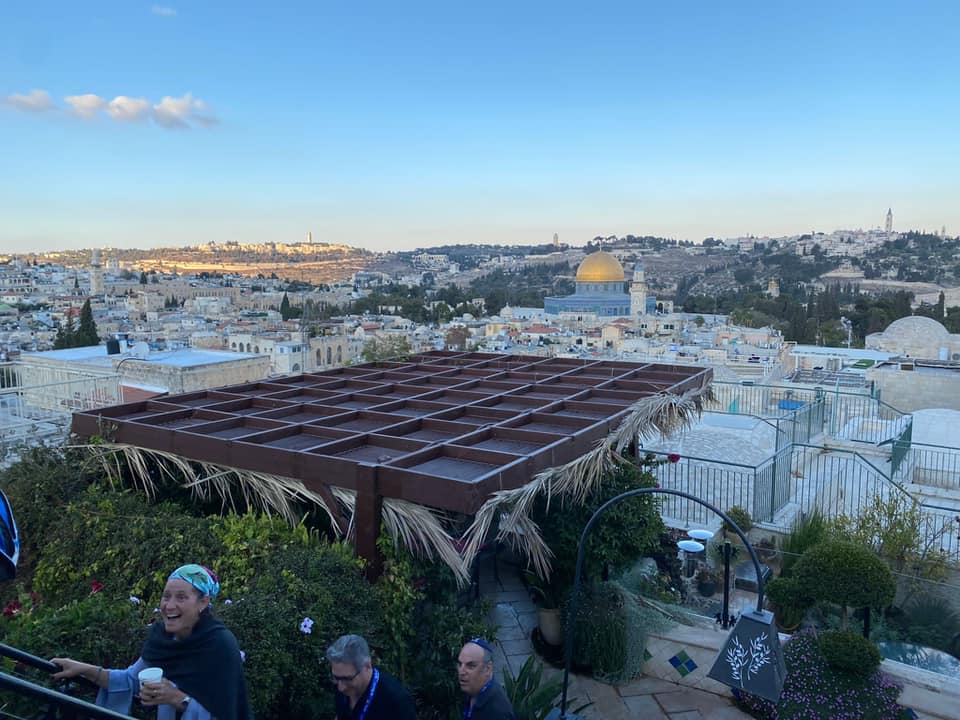 One thing I haven’t mentioned yet is that some Israelis joined our group.

They come from all walks of life and have been an incredible addition.  One of our Israeli participants got up and shared his story with us.  It was incredibly moving and really touched my heart, and gave me some first-hand understanding of what these brave soldiers face that is never in the news.  His role in the IDF was as commander of a special unit, and one day his commander sent his unit to a town where a terrorist had taken captive a woman and her daughter (who was in a wheelchair).

The terrorist had stabbed them both, and barricaded himself with them in their home.  The soldier’s unit broke down the door and a gun battle ensued.  In the battle, he killed the terrorist, but not before he was shot, too.  He had to be airlifted out with the mother and her daughter.  After waking in the hospital, he learned neither captive survived their injuries.  He was devastated.

A few weeks later, he had to return to the town to help understand what happened.  The husband and father of the victims approached him and asked if he was the commander.  When he said yes, the man told him that it was all his fault, that they arrived too late.  This only added to the soldier’s devastation, and he decided he was responsible for not saving them and that he would leave the army.  But before his commander would allow him to leave, they sent him with a group of soldiers to Poland to tour the death camps.  While there, they had a special trip to the north of Italy.  While walking the streets, an elderly man came up to them, kissing the Israeli flag on their uniforms and asking if they were from the IDF.   When he told the man that yes, they were, the man yelled at him that they were too late.  Where were they when his family was murdered by the Nazis?  All the soldiers took this to heart—they could not come during the Shoah, because there was no Jewish army.  He decided to return to service.

Soon after, he received another call from his commander that there was another terrorist in a town right next to the first town.  All he could think of was what the people in the town must be thinking and feeling, and what his responsibility was.  He took his team there, and they began searching.  He ended up face-to-face with the terrorist, and shot him before he could harm anybody.  Afterward, a woman in the town came up to him and asked if he was the commander of the unit.  When he said yes, she told him they had arrived just in time.

This hero epitomizes the IDF.  They are there to keep Israel and Israeli’s safe.  They are here to protect the Jewish people and to provide assistance to those in need around the world.  They put their lives at risk to keep us safe, and we owe them a tremendous debt of gratitude.  I had the pleasure of sitting next to him, and gave him a big hug when he returned to our table.  I feel an obligation to do more to help support our IDF soldiers and will see what I can do to make a difference. 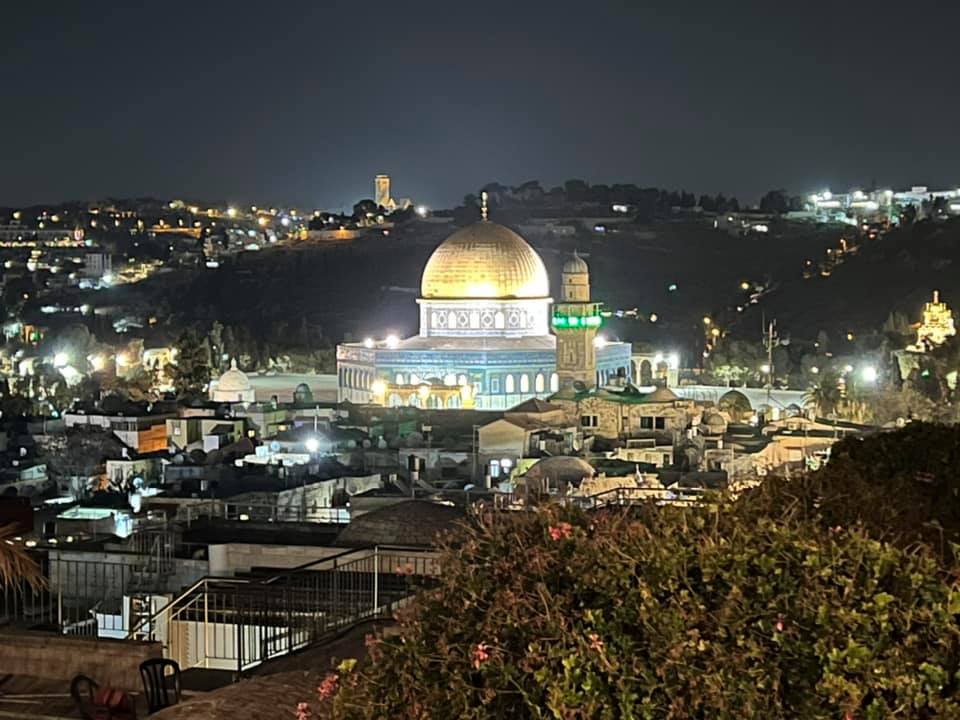 The Temple Mount at night.

After Havdalah on the rooftop, we had free time.  I have many friends living in Israel, and a good number of them live in Jerusalem.  As much as I wanted to see them all, the structure of the trip only provided limited time to do so, and I couldn’t see most.  Tonight, I had a chance to meet with my former student and longtime friend, Margot.  I sent Margot to Israel for her first trip and found ways to send her back again.  In her work, I provided the spark that lit her fire, and she made aliyah years ago and as it turns out, lives a few blocks from our hotel.  We sat together and got sparkling water and a cheese plate and just talked and talked and talked.  It was wonderful to hear about her family and her kids, her job, and the exciting things happening.  Since Sunday is a work day in Israel, we had to stop around 10:45.

It’s amazing having so many connections to this country.  They seem to get deeper all the time—and every time I’m here, I begin thinking about my next trip back before I even leave.  Israel is not just an amazing country; it is a powerful concept and a true homeland.  When you are here, it begins to seep into your soul—and the more you return, the more it becomes an essential part of who you are.  I’m at that place in my relationship with Israel where it is a vital part of my being.  In just the six days we’ve been here, my soul has been refreshed.  My spirit has been inspired.  And even though I am exhausted from the long days, the walking, the hills, and the mountains, I am also incredibly refreshed.

Israel is special and while you can appreciate it without being here, you can’t begin to understand the depth and the connection until you visit.  You can’t understand the deep warmth of the people, of being part of a national family, until you are here.  I hope to be able to take many of you to explore Israel, to have it touch your soul, and to change your life.