When I began my role with Federation in 2015, I took stock of our JFGO brand and I worked with Federation leadership to assess how well we communicate to you what we do, how we do it and, most important, why we do it. Over the past three years, we have worked hard to refine that message, even as Federation’s role in Central Florida Jewish life has continued to evolve and expand.

We have been working behind the scenes to bring some of our methods of engagement and communication up to modern standards. One area that has admittedly lagged in this regard is our website. Aside from some of the site’s obvious visual shortcoming (dated design, not mobile-friendly), its primary weakness is that it was built to provide content that is relatively static. But your Federation is not static.

To more accurately reflect our mission — and your role in helping us fulfill that mission — we need a website that’s dynamic and rich with fresh content, introducing you to the people whose lives are touched by the Federation’s work here in our community and around the world. These are powerful success stories made possible by your generosity, and we believe it is our duty to share them with you.

To that end, I am proud to announce that Federation has launched a fully reimagined website. Our site will be built around the four core commitments that drive Federation’s mission: Advocating, Connecting, Educating and Supporting. We are confident that you’ll find the new site much easier to navigate and will come to rely on it as a valuable resource to better connect you to Jewish life in Greater Orlando.

Building a new website from the ground up is no small undertaking, especially when being handled entirely in-house. So we will be starting out small and rolling out major new features throughout the fall. Just a few examples:

We look forward to hearing your feedback and suggestions in the weeks and months ahead as you explore the new jfgo.org. Be sure to visit our site often as we roll out new features!

The Jewish Community Relations Council of the Jewish Federation of Greater Orlando expresses great concern over the current and potential impact of the Executive Order Protecting the Nation from Foreign Terrorist Entry into the United States signed by President Trump on January 27, 2017.

While we respect the need to protect the safety and security of our nation’s citizens, we strongly believe that this can and must be accomplished without abandoning the historic commitment shared by the Jewish community and all Americans to welcoming immigrants and treating refugees with compassion.

This commitment is deeply rooted in the Jewish tradition and the Jewish experience.  We are a people of immigrants. Throughout our history we have been treated as “strangers in a strange land” and as targets of religious persecution.

Because of that experience, which for many of us was all too recent, we empathize with groups who are similarly cast out. We are guided by that experience and the Torah-based mandates to welcome the stranger and care for the weak. It is not only our religious values that speak to welcoming those who seek shelter and safety, but it is also a pillar of free, democratic nations.

We wish to make clear our deep concern over this action which appears to define policy for individuals based upon their religion. It is our hope that this Administration implement policy that remains true to the values of diversity, liberty and religious tolerance deeply rooted and centrally regarded in both Jewish tradition and the American experience as a whole.

The recent threats aimed at U.S. Jewish institutions have sown fear in more than 100 Jewish communities and institutions across the country, including right here on our Maitland Jewish Community Campus.

Anti-Semitic graffiti at local schools and homes, fliers promoting white supremacy at UCF and other unsettling incidents have no place in our society. We urge all of our community members not to be deterred from participation in Jewish life, and all of our fellow Central Floridians to join with us to combat this rise in hate.

The Jewish Federation of Greater Orlando’s Jewish Community Relations Council has created a web page with resources and links to information that will empower our community to take action. 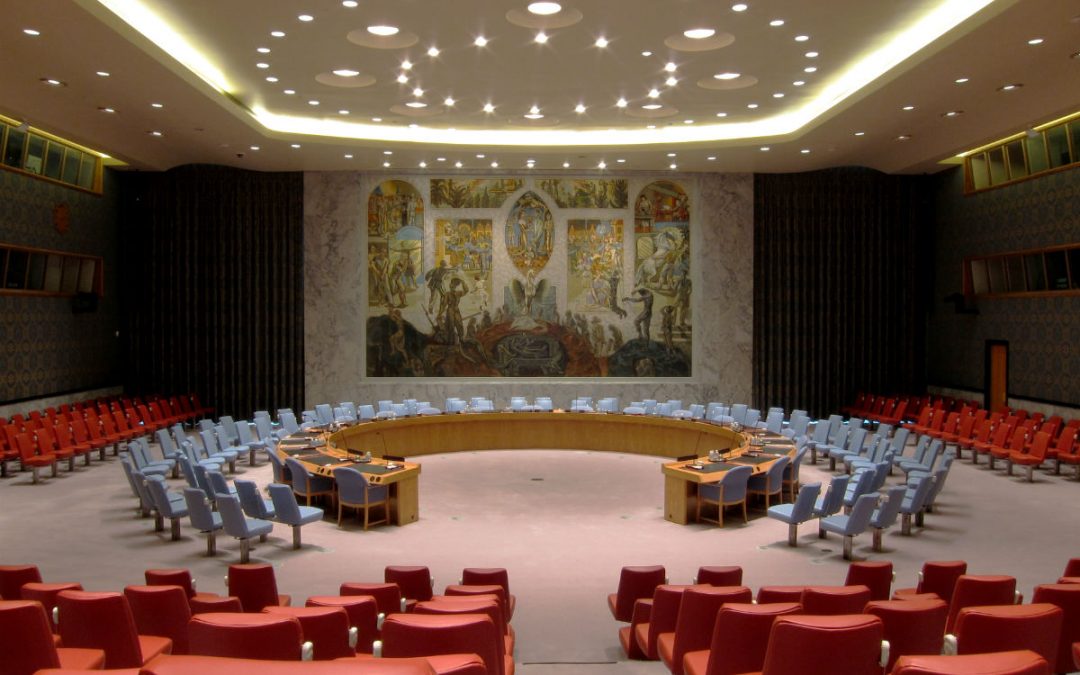 The San Francisco Jewish Community Relations Council has prepared an extensive collection of resources and opinions on the UN Security Council’s actions.